Paradiddle Pictures is expanding the online documentary mentoring program DocCelerator with a range of new formats. The new series of workshops provides detailed input to documentary makers in all stages of development and production.

DocCelerator is an online documentary workshop program launched by Paradiddle Pictures in May 2020. The format run by Geoffrey Smith and Ove Rishøj Jensen, has received a lot of interest from documentary makers world-wide. After completing seven editions of the original DocCelerator workshop, the format is now being expanded, due to requests from the participants from these first seven workshop.

“It has been great to see the growing demand for the DocCelerator workshop, since it was launched nine months ago. We received so many applications, that we had to add extra workshops after some of our deadline. The big interest has generated participants now wanting further input and feedback to their further development. So, it feels great that we can actually now launch our new formats based on demand from participants of the first seven editions” states Ove Rishøj Jensen, who runs Paradiddle Pictures.

From now on DocCelerator comes in four different versions, made in order to cover specific needs that documentary makers have, at different stages of project development and production.

The original DocCelerator workshop will in the future be entitled DocCeleratorStory. Together with the three new formats being added to the online workshop series, it now consists of:

DocCeleratorPitch: Prepare to pitch to funders, broadcasters and distributors

DocCeleratorCapture: Focus the recording process and boosting the visual style

DocCeleratorRoughCut: Get rough cut feedback and strengthen the distribution.

All DocCelerator formats are project-based workshops taking place online. The length of each workshop are 2-3 days and can accommodate 4-6 selected project teams, depending on the format.

More details about upcoming versions of the four new DocCelerator formats can be found at the DocCelerator section of the Paradiddle Pictures web site. 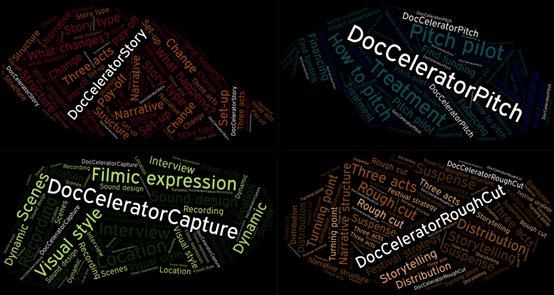 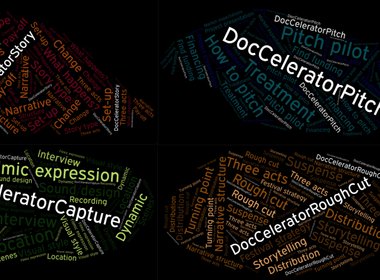