Script2Film, the European script development program, is organizing the second part of this year’s program. Ove Rishøj Jensen is present to head the documentary group together with director Marco Gastine.

Script2Film, which is organized by the Mediterranean Film Institute, has for 20 years been a place for writers to develop their fiction scripts. Starting this year, Script2Film has added a documentary group to their workshop, making it possible for six filmmakers to develop the script for their next documentary idea.

The Script2Film program consist of two parts. The first is a two-week workshop starting at the end of June. This second part is schedule for October 13-20.

During this second part of the program, the participants will continue the script writing started in June, with the aim of completing a full script for their next documentary film.

Ove Rishøj Jensen is one of the two tutors running the documentary film group within Script2Film, the other being the French/Greek director Marco Gastine.

Here you can read more about the Script2Film workshop. 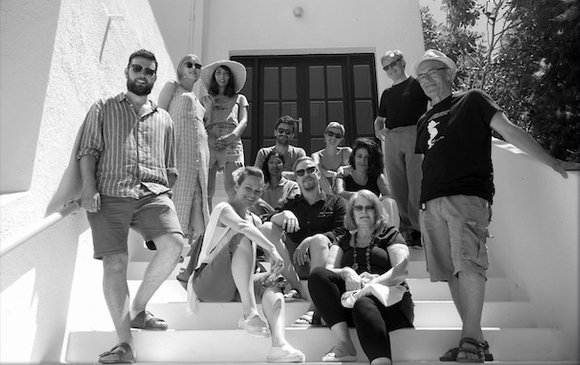 The documentary group at the MFI Script2Film workshop.

Reach out if you are looking for a partner, producer, fundraiser or co-producer for your next documentary film or media production.